Repairing rural water infrastructure quickly through professionalised maintenance can reduce costs and increase social and economic returns, with benefits for low income households and women. We estimate that over a ten-year period rural water users can spend as much on alternative water sources when waterpoints fail as is spent on the capital costs for handpumps or large piped schemes.

On this page you will find:

This policy brief examines the case of water supply infrastructure in rural Kenya to evaluate if investing in professional maintenance of infrastructure can increase social returns to balance low or negative financial returns. A conceptual framework outlines how returns from improved maintenance improve reliability of services, lower unit costs, and reduce inequalities. Analysis is informed by operational, financial, climate and social data comparing community management with a professional maintenance service provider (Appendix 1). Our results demonstrate that professionalized maintenance can reduce repair times to less than two days for piped systems (compared to 46–67 days under community management) and handpumps (compared to 43 days).

Reduced repair times mean households avoid the high cost of alternative water sources during breakdowns, which over time can grow to an amount equivalent to the initial capital outlay by governments and donors. For handpump users, the cost of alternative sources in the dry season increases by up to USD 0.38 per day, consuming 6–14% of daily household expenditure. Other welfare costs such as ill health and time spent collecting water are also avoided, particularly in the dry season when infrastructure failure necessitates use of unimproved and distant alternatives. The case for investment in improved maintenance becomes compelling when factoring in wider social and economic returns, though will require major institutional change and accountable coordination between government, donors, and NGOs.

A framework for the investment case

In the rural water sector, governments and donors have traditionally invested in new infrastructure and assumed water users would fund subsequent operation and maintenance activities. The expectation that rural water users will cover most – if not all – operation and maintenance costs is embedded in policy across Africa; however in many cases this has proven to be unrealistic. If future policy is to be based on evidence, calls for increased investment in the maintenance of water service infrastructure should be based on a clear demonstration of the wider benefits of such investments.

The case for investing in infrastructure maintenance is underpinned by economic, financial, and social returns. Figure 1 outlines a conceptual framework to illustrate how returns are linked to improved maintenance and their role in supporting an investment case by operational, economic and political arguments.

The economic returns from improved reliability include improved revenue collection, more affordable services, higher volume production, reduced days not working, and the avoidance of early rehabilitation or replacement of infrastructure.

The social returns from improved infrastructure reliability contribute to reducing the burden of water collection, water-related illness, and psycho-social stress of having to turn to unaffordable, distant or unsafe alternatives, which disproportionately impact women and lower income households.

The financial returns include lower unit life-cycle costs, reduced emergency water spending, and the ability to design smarter subsidies based on better information.

This policy brief explores this framework in the context of Kitui County in Kenya where small-scale piped schemes and handpumps are common. Kitui was the focus of this study as it has incubated a professionalised maintenance service delivery model since 2013, and has generated numerous datasets with a range of variables relating to operational, financial, economic and social dimensions of water supply systems and their use (Appendix 1). Operational and financial analysis is drawn from a survey of 92 piped water schemes with an estimated 305,332 users and a county-wide infrastructure audit. In addition, the professional service delivery provider (FundiFix Ltd) has longitudinal data since 2016 for observed costs and revenues for serviced infrastructure (handpumps and piped schemes) which, as of 2021, are providing reliable water to more than 50,000 people in communities and schools.

Professionally maintained water systems result in improved operational performance compared with those that are community managed (Figure 2). The proportion of days a waterpoint is working, or uptime, for handpumps with professionalised maintenance is higher than those based on a community management approach (99% vs 86%). This is driven by faster repair times (1 day vs 43 days). A similar trend is evident for piped schemes, with larger community managed schemes experiencing average downtimes of over two months.

The data from Kitui indicate that professionalized maintenance reduces downtime and so allows people to avoid turning to expensive, distant, and unsafe alternatives sources. Using alternative sources increases water collection time and health risks. The costs of lengthy breakdowns are not shared equally, and so unreliable services can exacerbate underlying inequalities. It is often observed that the poorest households are most affected by unreliable services, and the data from Kitui reflect this (Table 1), particularly in the dry season. When handpumps break down, wealth (as indicated by household expenditure) has little bearing on whether or not unimproved sources are used. But any switch to an unimproved alternative happens sooner for poorer handpump users as they have lower storage capacity. Moreover, the expenses associated with alternative sources constitute a significantly higher proportion of a poor household’s overall expenditure.

For piped water scheme users, served at kiosks, a different story plays out, with poorer households more likely to opt for unimproved sources but at lower cost. Again, it is poorer kiosk users who expend a higher proportion of their overall expenditure on alternative water sources in the dry season. By enabling increased volumetric water use, reduced downtime also lowers unit production costs.

Gendered impacts are also important to consider. Women and girls bear the brunt of system breakdowns, as they are more likely to have to fetch water from alternative sources such as surface water or water scooped from river beds, incurring high time costs in collection
(Figure 3).

When system breakdowns occur and users are forced to use alternative water sources, households spend an additional amount of up to USD 0.43 per day for kiosk users and USD 0.38 for handpump users. Multiplying the additional daily expenditure incurred on alternative sources by the number of days a system is broken down under a community management model produces an estimate of payments for alternative water sources during breakdown. For both handpump and large piped scheme users, over the course of a 10-year period these additional expenditures might accrue to levels equivalent to the initial capital outlay when the system was installed (Figure 4).

Records from two of the eight sub-counties show that in a 12-month period between June 2018 and May 2019 there were at least 83 trucking operations supplying 1,458 cubic meters at a total cost of 1.2 million Kenyan shillings (USD 12,000). This equates to USD 8.1 per cubic meter of water supplied, more than three times the average cost of water from a kiosk in Kitui. Attributing these costs specifically to system breakdowns is not possible, though it is plausible that improved reliability of existing handpumps and piped systems would reduce the need for national or county government to fund these emergency supplies.

Scale also matters in the distribution of operational costs. We find predictable economies of scale reducing operational costs in piped schemes as more people are served. There appear thresholds with higher operational costs for service areas of less than 500 people (around 100 households) (Figure 5). Overall, when we compare the costs of capital and operational expenditure we can see a number of implications emerging.

First, handpumps are the lowest cost for donors and governments to install but transfer a high proportion of costs to users when they fail. Second, piped schemes decrease in costs with higher demand; this may not only be for drinking water but also for productive uses, such as livestock, which are important in Kitui County and semi-arid areas of Kenya and Africa. Third, the professional service delivery model raises performance for all infrastructure with major increases in service reliability for piped schemes which communities struggle to manage effectively.

The ideal time to address operation and maintenance issues is when new investment decisions are being made; applying professionalized maintenance models to existing rural water infrastructure can be complicated and political, incurring high transaction costs and meeting varying levels of social acceptance. Results-based funding models are being tested in several African countries, including Kenya, suggesting professional service delivery models can contribute to improving social and economic returns for rural communities, schools, and healthcare facilities. Without developing a long-term maintenance delivery model, donors or governments investing in new rural water infrastructure are likely to replicate past mistakes, waste scarce resources, and fail to contribute to sustainable WASH services. 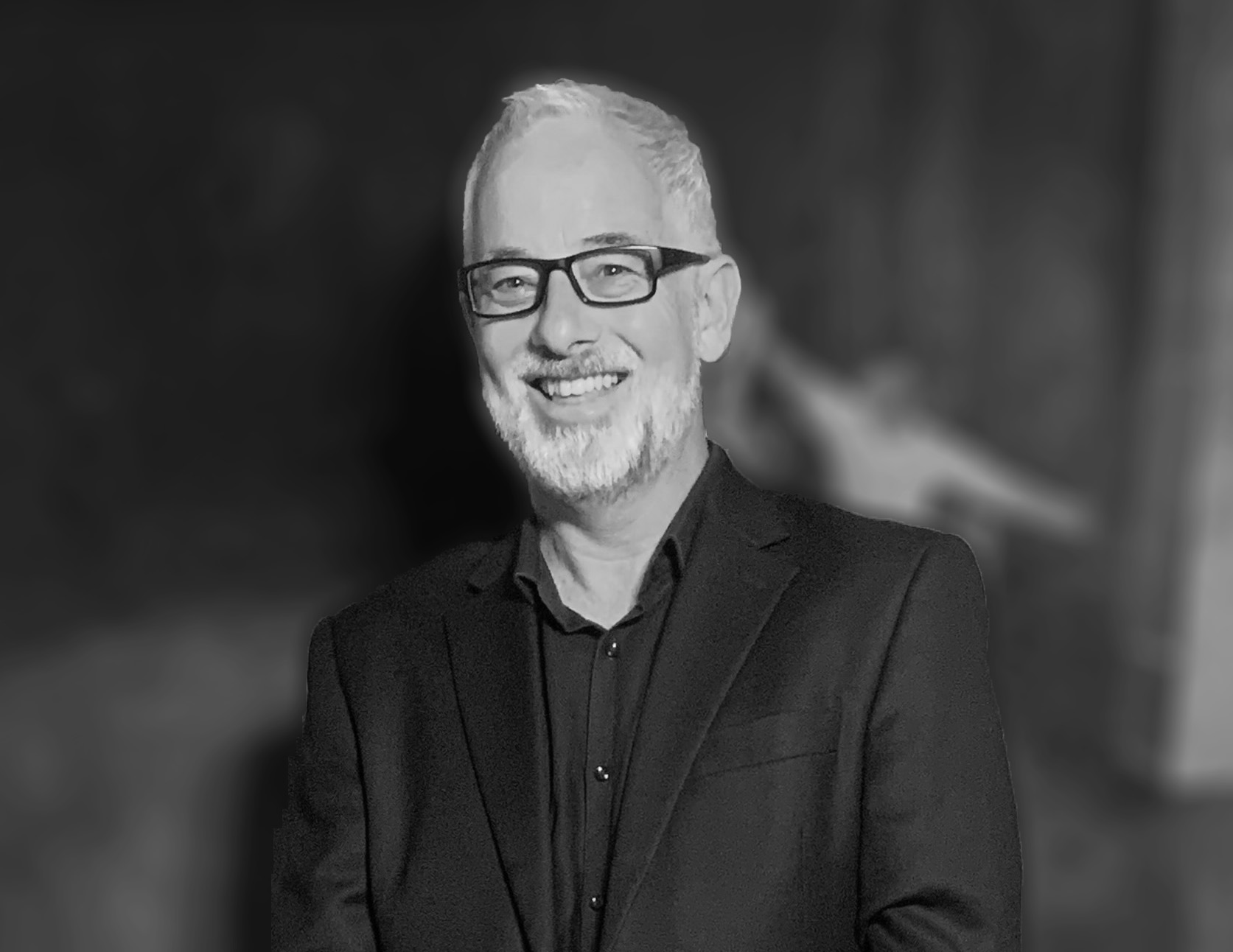 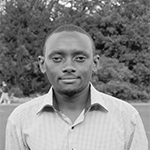 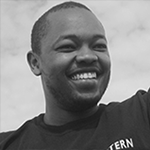 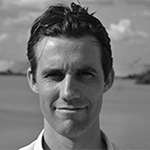 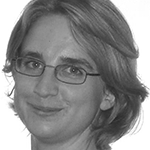 REACH is a global research programme to improve water security for the poor by delivering world-class science that transforms policy and practice.