Giulio Boccaletti, PhD, is an Honorary Research Associate at the Smith School of Enterprise and the Environment, Oxford University, where he pursues research on a broad set of issues, from the economics of sustainability to the role of history in decision making.

Over the past two decades his career has spanned academia, the private and not for profit sectors. He started out as a physicist and climate scientist. He earned his PhD in Atmospheric and Oceanic Sciences at Princeton University, working at its Geophysical Fluid Dynamics Laboratory. He subsequently was a research scientist at the Massachusetts Institute of Technology. His peer-reviewed work covered a variety of issues from turbulence theory, to mesoscale oceanography, to large-scale climate phenomena.

He left academia to join McKinsey & Company, where he eventually became a partner. He was one of the leaders of the firm's Sustainability and Resource Productivity Practice, and a co-founder of its Water Practice. He served clients across the private sector on strategy, and served international institutions on natural resource security and infrastructure strategy. While at McKinsey he also worked on a number of landmark public reports, including "Everyone's Business", a climate mitigation strategy for the UK released by the CBI's Task Force on Climate Change, "Smart 2020" a report by The Climate Group and a number of ICT companies on the role of the sector in the low carbon transition, and "Charting Our Water Future", a report on the global water crisis by the 2030 Water Resources Group, a coalition of companies, the World Bank Group, and the World Economic Forum.

In 2013, he left McKinsey to join The Nature Conservancy, the largest environmental conservation organization in the world, overseeing its water programs across 35 countries. He was responsible for growing the organization's work on ecosystem services, on hydropower siting, and on water markets. He then became TNC's Chief Strategy Officer. In that capacity he led the performance transformation of the institution, creating business and strategy processes to manage close to 4,000 people and a billion dollars a year for measurable outcomes, and establishing the use of machine learning and remote sensing to monitor and evaluate the outcomes delivered by the organization.

He left TNC in 2020 to dedicate his time to a number of media projects and advisory work. His first book Water: A Biography - published by Pantheon Books, an imprint of Penguin Random House - will be released in September 2021. He is now working on his second book. He also collaborates with a number of documentary makers: the series "H2O: The Molecule that Made Us" features his work on water and was broadcast by PBS in the US in April 2020; "The Age of Nature," a PBS/BBC Worldwide co-production on which he was series consultant, was released in the US in October 2020.

His work on sustainability has been widely recognized. In 2014, he was named a Young Global Leader of the World Economic Forum. He has been a member of the Global Agenda Council on Water and of the Global Futures Council on Natural Resource Security at WEF, and of the OECD/World Water Forum High Level Panel on Infrastructure Financing for a Water-Secure World. He is also a member of the Scientific Advisory Panel of the Euro-Mediterranean Center for Climate Change in Italy. In his free time, he is a musician and ocarina player with the Italian group G.O.B., with which he has recorded and toured for over 30 years. The group's 2019 Japan Tour was sold out within hours of going on sale. 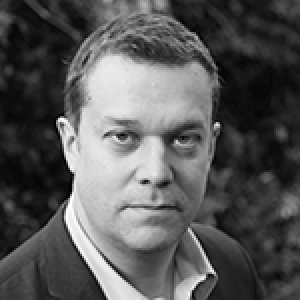