An analysis of possible COVID-19 economic recovery packages shows the potential for strong alignment between the economy and the environment. The direction of these measures over the next six months will largely determine whether the worst impacts of global warming can be avoided, and research published today reveals that climate-friendly policies can deliver a better result for the economy – and the environment.

A team of internationally-recognised experts, led by Cameron Hepburn at the University of Oxford, and including Nobel prize winner Joseph Stiglitz and well-known climate economist Nicholas Stern, came together to assess the economic and climate impact of taking a green route out of the crisis. They catalogued more than 700 stimulus policies into 25 broad groups, and conducted a global survey of 231 experts from 53 countries, including senior officials from finance ministries and central banks.

Drawing on this survey as well as learnings from the 2008 financial crisis, the economists found that green projects create more jobs, deliver higher short-term returns per dollar spend and lead to increased long-term cost savings, by comparison with traditional fiscal stimulus.

Noting that 'green' policies could be widely defined, the study focused on the reduction of greenhouse gas emission as the key environmentally-beneficial criteria. The paper, to be published in the Oxford Review of Economic Policy, observes that desirable policies have a large return on investment, can be enacted quickly and have a strongly positive impact on climate.

'The Covid-19-initiated emissions reduction could be short-lived. But this report shows we can choose to build back better, keeping many of the recent improvements we've seen in cleaner air, returning nature and reduced greenhouse gas emissions.'
Cameron Hepburn, Director of the Smith School of Enterprise and Environment

Examples include investment in renewable energy production, such as wind or solar. As previous research has shown, in the short term, clean energy infrastructure construction is particularly labour intensive, creating twice as many jobs per dollar as fossil fuel investments, as well as being less susceptible to off-shoring.

Charles Donovan, Director of the Centre for Climate Finance and Investment, Imperial College Business School, says: 'Clean energy is not just affordable and reliable, it also offers the highest return on investment. Investors have a growing appetite to put money to work in sustainable finance. Governments need to re-write the rules so that they can.'

Other desirable policies included building efficiency retrofit spending, clean research and development spending, natural capital investment for ecosystem resilience and regeneration, and investment in education and training to address immediate unemployment from COVID-19 alongside unemployment from decarbonisation. For developing countries, rural support scheme spending, such as on sustainable agriculture, was also highly ranked. Meanwhile, non-conditional airline bailouts performed the most poorly on both economic impact and climate metrics.

Most G20 governments have implemented significant relief measures, as a result of the pandemic. But, as yet, none has introduced any significant fiscal recovery measures. The study authors hope that countries will seize this generational opportunity to take account of these criteria into national plans - for their economies and the environment.

The 'COP26 Universities Network' has drawn on this research and other analyses to create a briefing for policymakers, pdf outlining a path to net-zero emissions economic recovery from Covid-19. The network, a growing group of more than 30 UK-based universities, was formed to help deliver climate change outcomes at the UN Climate Summit in Glasgow and beyond.

They have put together a briefing which identifies ten fiscal recovery policies that promise to bring both short-term high economic impact and long-term structural change to ensure the UK meets its 2050 climate goals.

Among the policies emphasised are: renewable energy, reducing industrial emissions through carbon capture and storage, investment in broadband internet to increase coverage, electric vehicles and nature-based solutions. The briefing further called for the Cabinet Committee on Climate Change to be renamed the Climate Change Emergency Committee to reflect the urgent need for action.

'Currently, the UK directs EUR10.5bn in subsidies to fossil fuels. Reallocating this capital to jobs-rich renewable energy projects would be a win-win for the economy and environment', says Brian O'Callaghan, researcher at the Smith School of Enterprise and the Environment, University of Oxford.

The briefing highlights the leadership role of the UK in the leadup to COP26, as well as the opportunity to lead by example with a green recovery package. But the universities warned that the specific designs of any policy would ultimately determine its effectiveness.

Jennifer Allan, lecturer in International Relations, Cardiff University, says: 'The world is looking to the UK - as COP 26 President – to catalyse climate ambition during this difficult time. Launching a Sustainable Recovery Alliance to foster global cooperation to build back better can cement the UK's leadership and demonstrate climate action.'

Ajay Gambhir, Senior Research Fellow at the Grantham Institute for Climate Change and the Environment, Imperial College London, says: 'Some of the changes forced upon us by this pandemic, including far more homeworking and far less travel, have inadvertently given us a tantalising glimpse of what a future with quieter, cleaner streets and less stressful commuting might look like. Supporting these changes, through accelerated investment in home broadband and electric vehicles, as well as low-carbon, energy efficient homes, makes excellent economic and environmental sense.'

An analysis of possible Covid-19 economic recovery packages shows the potential for strong alignment between the economy and the environment. The direction of these measures over the next six months will largely determine whether the worst impacts of global warming can be avoided, and research published today reveals that climate-friendly policies can deliver a better result for the economy. 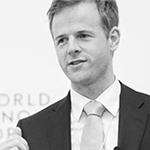 Director of the Smith School of Enterprise and the Environment
Economics

By Pete Barbrook-Johnson, co-author of Systems Mapping: How to build and use causal models of systems.

Frank Rutehenda, a Monitoring & Environment Specialist in Rwanda’s Environment Management Authority, has been awarded a full scholarship for the University of Oxford’s new Nature based Solutions to Global Challenges Foundation Course.

NEWS
Decarbonising the energy system by 2050 could save trillions

The idea that going green will be expensive is ‘just wrong’. Transitioning to a decarbonised energy system by around 2050 is expected to save the world at least $12 trillion compared to continuing our current levels of fossil fuel use, according to a peer-reviewed study by Oxford University researchers, published in the journal Joule today.