Sugandha Srivastav is a Postdoctoral Research Associate in the Climate Compatible Growth programme at the Smith School of Enterprise and the Environment. Her research focuses on designing effective climate policy in low and middle-income countries. She also explores incentives for clean innovation and the political economy of energy transitions.

Prior to Oxford, Sugandha worked as an environmental economist at Vivid Economics in London, advising development finance institutions, governments, and private firms on climate policy. She has also worked as an economist at ICRIER, a prominent think tank based in New Delhi.

Sugandha’s research interests include the:

Sugandha is the module co-leader for New Environmental Economic Thinking which is the foundational course for students in the Smith School's flagship MSc. in Sustainability, Enterprise and the Environment. She will start lecturing in Michaelmas 2023.

Sugandha is also a college tutor and SCR member at St. Antony's College.

Sugandha has done regular tutorials on Environmental Economics at the Master's level from 2018 onwards. 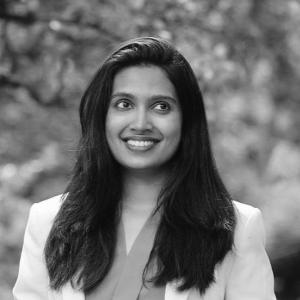