Thom Wetzer is Associate Professor of Law and Finance at the University of Oxford and the Founding Director of the Oxford Sustainable Law Programme. At Oxford, Thom is also a Fellow of Linacre College, Senior Research Fellow at the Institute for New Economic Thinking at the Oxford Martin School, a member of the Leadership Team at the Smith School of Enterprise and the Environment, Co-Lead (Law) at Oxford Net Zero, Lead Researcher at the Oxford Martin Initiative for a Net Zero Recovery, and a member of the Oxford-Man Institute of Quantitative Finance.

Thom's research examines how law and finance can generate value and advance the public good, focusing on how we can build more resilient financial systems, improve the governance of corporations, and tackle the climate crisis. His work combines traditional legal scholarship with financial, scientific, and empirical analysis, and has been published or is forthcoming in Nature, Science, The Journal of Corporation Law, and the Journal of Corporate Law Studies. His research has featured in media around the world, including the Financial Times, Bloomberg, Reuters, and The Guardian. Thom actively collaborates with and advises governments, central banks, corporations, NGOs, and international institutions - including the Bank of England, the European Central Bank, and the International Monetary Fund. He is also a Director at the Commonwealth Climate and Law Initiative.

Before joining the Faculty, Thom worked towards a DPhil and an MSc in Law and Finance at the University of Oxford, and received both a BA(Hons) in Law and Economics and an LLB in Dutch Law from Utrecht University. He was a Visiting Scholar at Columbia Law School, Yale University, and Berkeley Law School, and worked at the European Commission, Goldman Sachs, and De Brauw Blackstone Westbroek. In 2014, Thom was recognised as a ‘Global Shaper' by the World Economic Forum. 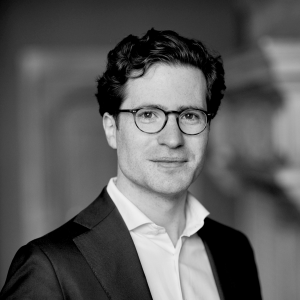